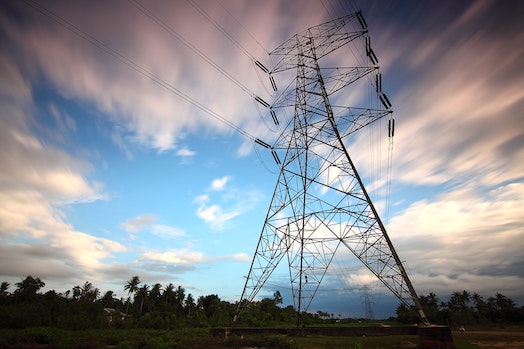 This economic interdependency and inter-regional cooperation can contribute to stability & security in two regions. However, Afghanistan would not have electricity share from this project but in exchange transit cost will be paid to Afghanistan, furthermore, the government organized another program of Community Support Program (CSP) which will work under CASA-1000 and provide support to communities in the transmission line corridor (within 4 km wide & 562 km long). The CSP is designed in such a way as to provide among others community support activities and as feasible power projects from alternate sources to the communities in the COI that have no access to power as yet, and where the communities already have the power supply, other development projects with a socio-economic impact.

In order to communicate the benefits of CASA-1000 and its CSP to the target communities and to the national level, the program needs to identify communication needs and develop a comprehensive communication strategy.

CASA -1000, as underscored by the findings of the assessment survey and field interactions, is the first program of its kind in Afghanistan. Its complexities are manifold and include:

a) In terms of geography, it cross-cuts four countries and has regional significance.

b) Even as its socio-economic implications generate the need for public awareness at a national level, the program will have a direct and specific impact on the lives/livelihood of communities along the CoI. These, in turn, warrant the relevance of a communication strategy which not only caters to diverse audiences but also operates on at least two levels: awareness and participation, especially at the Col level.

c) The diverse audiences and levels within which the communication strategy will operate underline the role of several stakeholders and the need for careful coordination between them.

Accord Worldwide implemented this project as research-based and multi-level awareness-raising, advocacy, and social marketing. The project aimed to ensure that the positive impacts of CASA-1000 and its CSP is well understood at all levels. As the first year of the campaign and in line with the inception of field implementation of CASA-1000, this project laid the foundation for communication and a clear strategy on how internal and external communication must be conducted. There was a comprehensive communication needs assessment covering each target audience group that was the guiding principle for the development of communication strategy.

The Communications Needs Assessment for CASA-1000 project, in Afghanistan, was conducted mainly in the corridor of influence and at a larger scale targeting interest groups at the national level. Based on the assessment protocol, a comprehensive desk review of available published resources was conducted. Secondary data revealed a good amount of information on media use by Afghan communities and the type of media. However content strategy and specific media popularity and usage in the CoI could not be revealed through a desk review of secondary data.

For primary data collection, stratified sampling practice was used followed by key informant interviews and focus group discussion for surveying interest groups. Based on findings of primary data, in all seven targeted provinces (Baghlan, Kunduz, Kabul, Panjsher, Kapisa, Laghman and Nangarhar) most of the communities especially in the Corridor of Influences (CoI) are not aware of CASA-1000 project and its CSP benefits. Seven out of 50 respondents mentioned they never heard about CASA-1000. Two out of 50 respondents assumed the project provides electricity to Afghanistan. Respondents expressed a positive and welcoming attitude to the project. The survey with DABs staff and communities supported the hypothesis that shortage of electricity in the communities in the CoI and the fact that CASA-1000 does not provide electricity to these communities brings about a sensitivity that needs to be considered in the CSP component of the project and relevant communication.

The assessment identified family and friends as the most common source of information sharing in the communities. The role of TV and radio was rated as the most common media channels. Some of the district level respondents had also identified Facebook as a common source of information. Print material was most recommended at the village level with posters as most commonly used in previous campaigns.

The communications strategy is proactive. It is shaped according to the mission and objectives of CASA-1000, especially its CSP. Its goals are:

●      To ensure that the key messages are communicated consistently and coherently.

●      To strengthen understanding of the project through interactive communication processes resulting in increased public/ community awareness, engagement, and participation.

The Communications strategy has been designed to build and strengthen awareness about CASA-1000 and its CSP among the general public in Afghanistan and especially among communities along the CoI.  At the same time, in keeping with the project goals, it will work towards strengthening public/community engagement. Their findings and conclusions built the basis for the communication strategy’s action plan. This operates   on two levels:

1) At the national level, it will promote appropriate, timely and accurate information about CASA 1000 and the CSP to develop public awareness.

2) At the CoI level, it is designed for seven provinces (Kunduz, Baghlan, Kabul, Kapisa, Panjsher, Laghman and Nangarhar) and will include the mediums and channels which are most used and have a strong impact in the communities especially in the Corridor of Influences. Over the course of its timeline, it will strive to engage and involve the communities at the Col level and secure their active participation in the project.

In terms of communication activities, the strategy envisages a mix of production, training, research and documentation initiatives. These aim at:

1) Developing a network of partners that will work to scale and build awareness and sustainability of the project. These comprise a range of stakeholders and include governments, NGOs, INGOs, and media practitioners, advocates, networks and stations and local communities.

2) Designing, developing and disseminating support communication material to nurture an enabling and sustainable climate for the project’s sustainability.

3) Capacity-building among all relevant stakeholders.

4) Putting in place and operationalizing an appropriate communications monitoring plan.

The Communication strategy recommends those media channels which were found useful in the CoI of CASA-1000 project in Afghanistan and will accordingly use a diverse range of communication and media channels to disseminate its key messages.

CASA-1000 team will develop guidelines on the steps to take to effectively reckon with both crisis preparedness and mitigation.

Public Relations (PR) comprise an integral component of the communications strategy. Apart from working to ensure a positive impression about the project, the P R objective will focus on projecting CASA-1000 and its CSP as one project. In doing so, it will seek to avoid internal competition or confusion which may arise if the  two  are viewed as  different brands/projects

In order to ensure that the project is on track and in keeping with the communities’ perception especially in the CoI, the strategy will put in place a monitoring and evaluation program. The project team will monitor the communication process. A perception survey will also be undertaken to determine the impact of the project on communities as well as the overall audience response to the CASA-1000 project and its Community Support Program.

Through this project, the target audience was reached at the communities along the CoI and the general public to disseminate messages about all key non-technical aspects of CASA-1000 and the benefits of both the CASA and its CSP. All the activities, messages and output of the project focused on the benefits of the transformational impact of boosting electricity trade between Central and South Asia, and how well-functioning electricity systems can contribute to poverty reduction and shared prosperity- particularly the communities in the CoI.

As per the communication strategy, two video clips and two audio short clips were created in English, Dari and Pashto languages. Engagement of target audience by social media, direct communication during needs assessment and contact form on the website was made available. An average of 2500 people liked the facebook page only. Total followers on social media can be estimated about 7000 in a short period of time with only organic visitors/followers.

Throughout the project, project staff had very close coordination with the focal points from the client and stakeholders. Weekly reports, regular meetings, and coordination in all steps of the project were quite productive and pleasant.

The project was challenged by some planning changes in the CASA-1000 implementation but achieved its milestones in due course of time.

SCOPE OF THE PROJECT

Advocacy: In order to gain support from media and politicians, the project needs to focus on advocacy for its cause and impact. The first-year communication project focused on ensuring this is included in the communication strategy, relevant media products are specified and designed and the monitoring and evaluation of this component are considered.

Awareness Raising: The general public is the target audience for awareness-raising. The project considered this in relevant parts of communication strategy, media products, and monitoring. The community concerns, needs for information and strategies to obtain their support are further considered in relevant activities. Social media pages were the main source to communicate with the general public. The project started its website and social media pages with engaging communication with its target audience.

Social Mobilization: The communities in the CoI were targeted with a closer intervention. Media products developed to not only provide them with awareness but also mobilize them to collaborate and play an active role in CASA-1000 implementation. The community mobilization products and intervention focus on two-way communication, inclusive communication to include social workers in face to face communication and involving religious leaders and social influencers. The outcome of this strategy is to mobilize support from among the communities in the CoI and to create a supportive environment that ensures CASA-built infrastructure are safeguarded.